Yesterday, May 11, 2020, was a historical day, which took place only three times in the history of bitcoin. Sure, we are talking about halving. Block # 630000 was mined by miners, the reward for it amounted to 6.25 BTC.

Halving provides for reducing the reward for the found block two times. The unknown creator of the first cryptocurrency, Satoshi Nakamoto put this mechanism into the source code of the coin intentionally: every 210 thousand blocks (about 4 years), the reward of miners will be halved. Given that the total issue of bitcoin is 21 million coins, the last satoshi will be mined around the year 2140. Look at the table below to see this process. 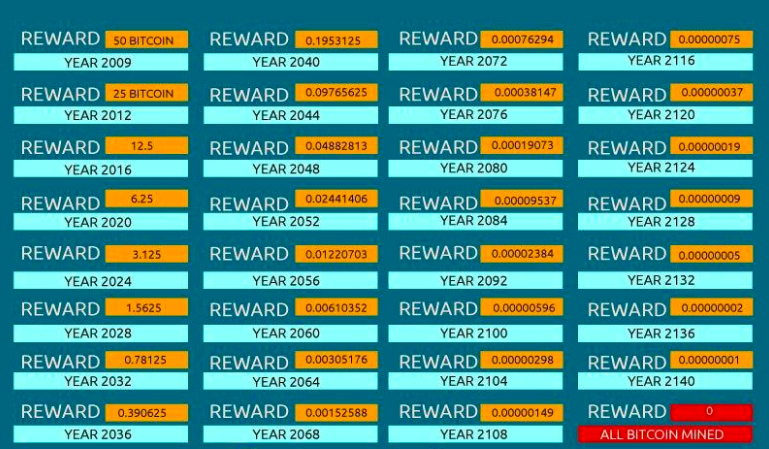 Recall that on Sunday, May 10, the day before the halving, the rate of the first cryptocurrency rapidly dropped by almost $2000. Then a small rebound followed, and at the time of writing BTC rate is $8791.