Bitcoin Foundation Chairman To Tun For US Presidency

Bitcoin pioneer, venture investor, and chairman of the Bitcoin Foundation Brock Pierce has confirmed his participation in the upcoming presidential election in the USA.

He announced this on his Twitter. He added that he was not going to join any political party, but would run for an independent candidate. 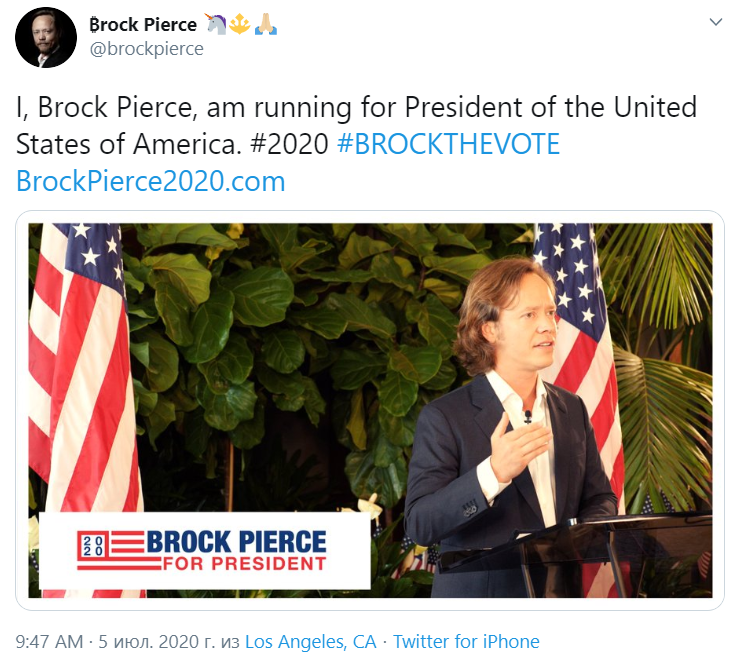 To date, there are few details regarding Pierce's strategy. Now all that is known is that the campaign will be held under the slogan “Leadership. Experience. Values". The future presidential candidate still does not have a clear program.

Who is Brock Pierce?

Brock Pierce is one of the most active participants in the crypto industry. He is the chairman of the Bitcoin Foundation, one of the founders of such projects as EOS Alliance, Block.one, Blockchain Capital, Tether, and Mastercoin. Besides, Pierce is one of the earliest crypto investors, he has quite progressive views on the financial system.