Beijing And Suzhou To Lead The Blockchain Industry

The authorities of the capital of the PRC, the city of Beijing, as well as one of the largest metropolitan areas of the state Suzhou, have decided to release a list of measures to stimulate the development of blockchain technology.

The authorities of the capital have prepared a document of 145 pages, which detailed all the steps necessary for the development of the blockchain industry in the region in the next two years. 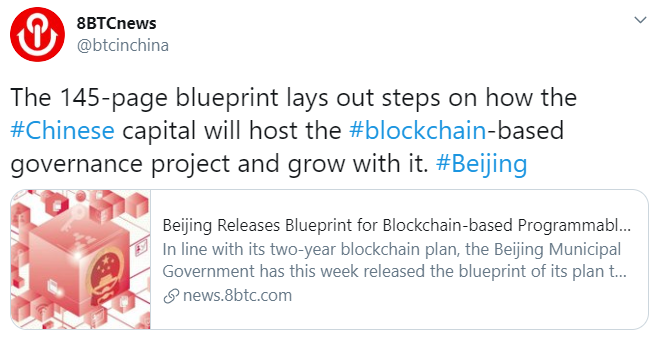 The authorities are going to create a technology platform based on blockchain technology. Its source code will be open and all other public and private infrastructure will develop within it.

In addition, the Chinese Communist Party plans to open a research institute to promote public services. It already has 140 use cases.