From the information provided by Glassnode analytical agency, the number of crypto-wallets with a balance of more than 1000 bitcoins came close to the September 2017 figure. Recall, right at that moment, the parabolic growth of bitcoin started. 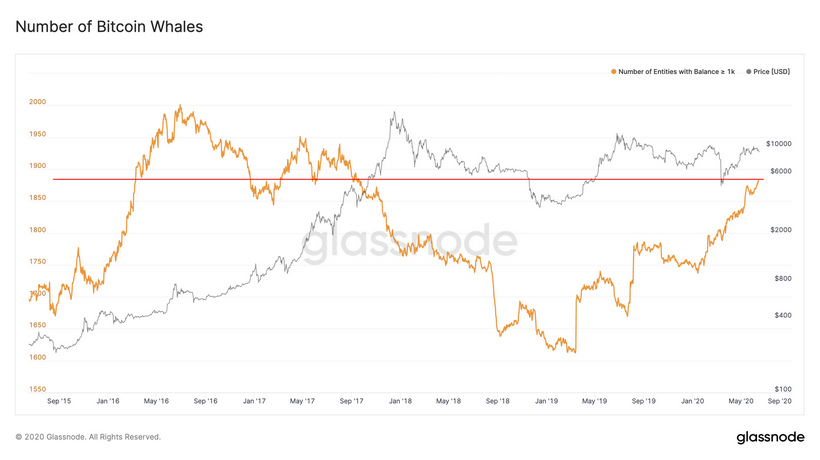 As you can see on the chart, the number of bitcoin whales began to grow since January of this year and now has reached 1882.

Recall that for the first time in the history of the crypto industry, such number of bitcoin whales was recorded in March 2016. At that time, the BTC rate was at $400, as of the time of this writing, the rate is $9420. This means that large bitcoin holders now own 23 times more wealth than four years ago.