From the information provided by GlassNode, the number of Ethereum wallets has increased by 350% since January 2018 (from a historic high). You may see it in the chart: 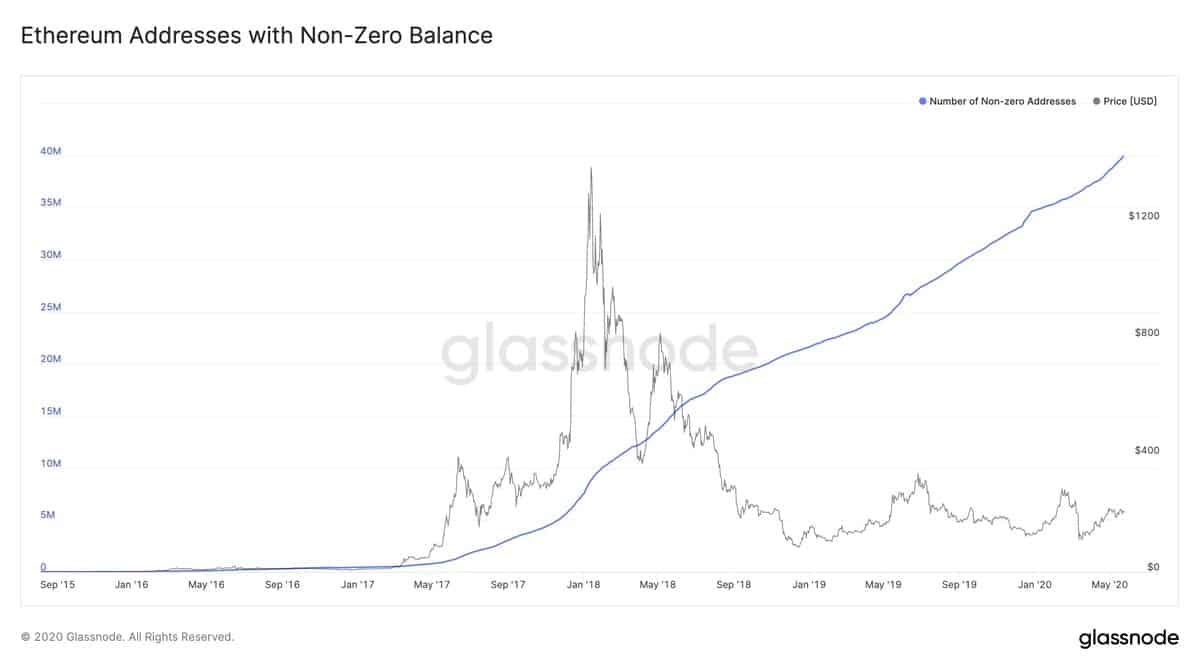 Analysis of the number of non-zero addresses for the last 2.5 years

As we can see from the chart, the rapid increase in the number of wallets on the Ethereum network occurred during the parabolic growth in late 2017 and early 2018. Despite the subsequent collapse, their number continued stable growth.

Ethereum user base is the largest

From the information provided by Weiss Crypto Ratings, Ethereum has a much bigger number of wallets with a non-zero balance if to compare with Bitcoin. This also applies to the number of users. Ripple (XRP), which is the third coin in the global ranking, has 140 times less active users than Bitcoin.

We wrote that a large asset management company Grayscale Investments acquired 48.4% of all ETH coins from the beginning of the year mined over the same period of time.

Besides, the number of ETH longs on one of the largest Bitfinex cryptocurrency exchanges has increased by 170% since February. And comparing the ratio of longs to shorts, it appears that the first is almost 10 times more.

Such increased interest in ETH is explained by the long-awaited network update to version 2.0, which should take place in July 2020.

We wrote that the co-founder of Reddit is absolutely confident at the end of the “crypto winter”. Cryptocurrency creator Vitalik Buterin believes Ethereum will help cope with the crisis, and most investors see ETH as a long-term investment