Crypto Funds Grayscale Reported For The Second Quarter Of 2020: The Numbers Are Striking

For Grayscale Investments, the second quarter was the most successful in history. Their cryptocurrency funds attractув record investments of $905.8 million.

Such information appeared on the official page of Grayscale Investments on Twitter. 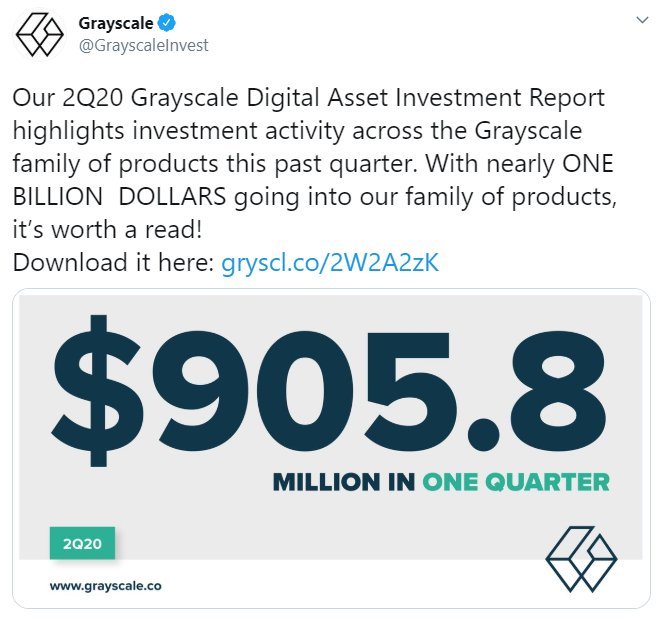 The second quarter in numbers

This figure was almost twice the previous maximum. Last time, the record was $503 million. The weekly capital gains averaged $69.7 million, of which $57.8 million came from the Grayscale Bitcoin Trust. 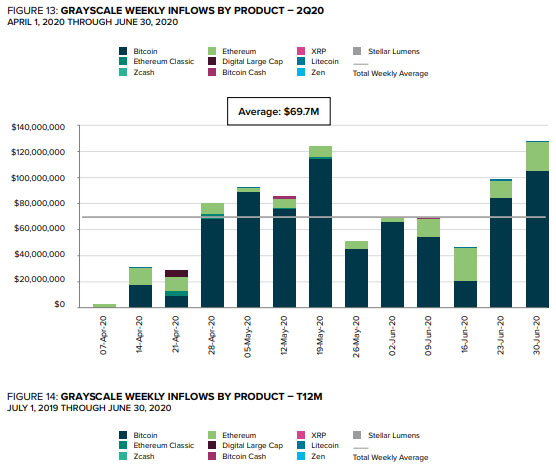 The growing popularity of the Grayscale Ethereum Trust

Also, company representatives confirmed the growing interest in their crypto fund associated with Ethereum accounted for about 15% of the total investment.