One of the most promising project of this spring from OneWayBlock

Until recently, all multiplayer blockchain games involving intense real-time action gameplay had a common problem. The blockchains they are built on were either too slow and required large transaction fees, or were simply not reliable enough. It seems that the creators of Clash of Coins managed to resolve this issue through their own approach.

On February 23, OneWayBlock announced the global launch of the browser version of its Clash of Coins game. Players of Clash of Coins can both enjoy solid entertainment as well as the novel GameFi monetization model.

Clash of Coins is an MMORTS (Massively multiplayer online real-time strategy) genre game that supports the simultaneous connection of up to 100 thousand players to the game without sacrificing gameplay smoothness. Such convenience was made possible by using two blockchains with different properties.

The stellar operation and low transaction fees are provided by the BNB Chain (formerly known as the Binance Smart Chain), which is specifically designed for high-performance decentralised applications. The BNB Chain supports smart contract functionality and is compatible with the Ethereum Virtual Machine (EVM). This ensures high speeds of operation for Clash of Coins. The second blockchain chosen by the developers from OneWayBlock is the Ethereum network – a market leader in popularity. The Ethereum network allows the game to boast high transaction stability and the reliability of user funds storage. 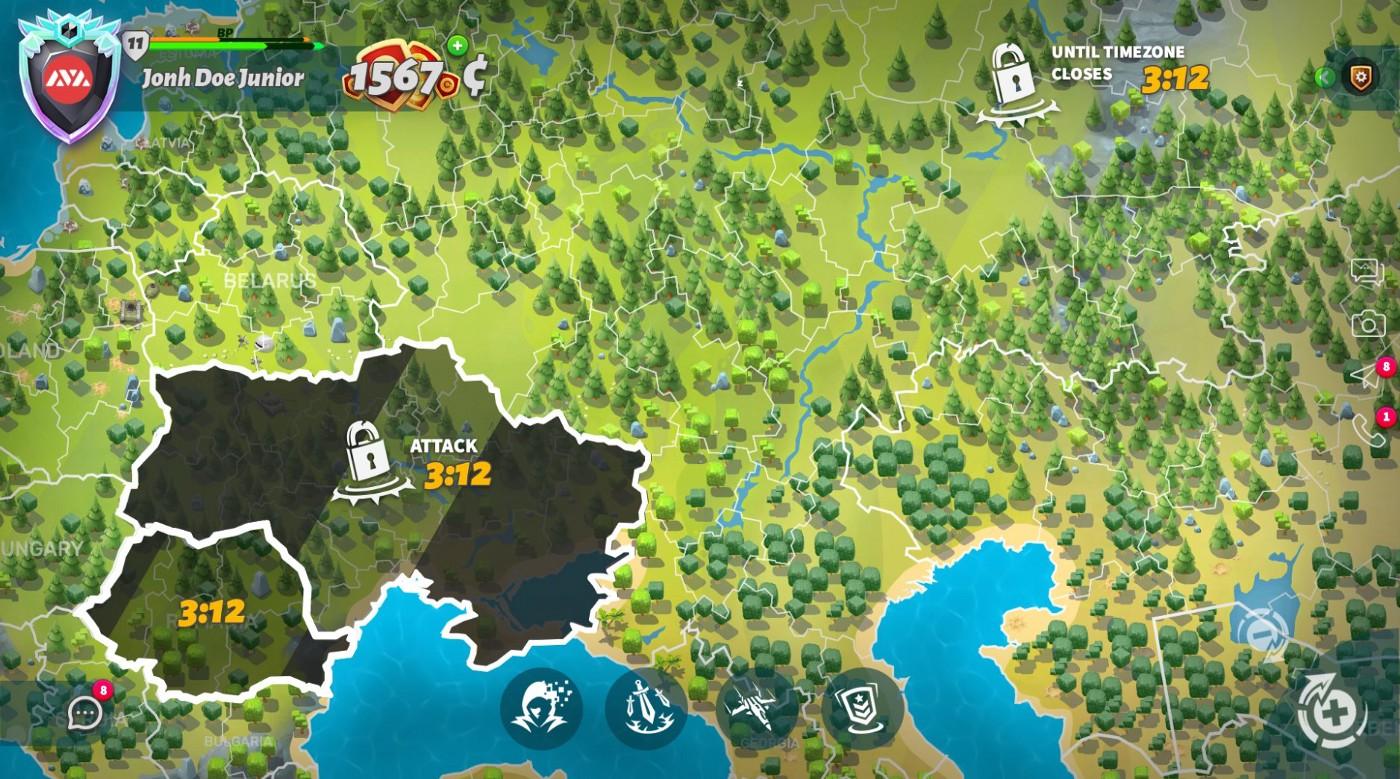 The geographically distributed team of OneWayBlock spent over two years developing the project. Among the creators of Clash of Coins are early blockchain enthusiasts, IT infrastructure specialists, and gaming experts who had previously worked at companies such as Playrix and Wargaming. The high motivation of the team made it possible to create the game exclusively using their own funds without resorting to an ICO.

The in-game possibilities of Clash of Coins position it in the metaverse genre, which is rapidly gaining popularity. The game also includes fully-fledged financial instruments inherent to the GameFi category, as well as a mechanic that makes it possible to create and exchange in-game items in the form of Non-Fungible Tokens (NFTs).

The gameplay of Clash of Coins takes place on a global map, similar in outline to the map of the Earth, which is divided into zones corresponding to the territories of different countries. The entire area of ​​the map is fragmented into separate zones. Skirmishes unfold all over the map for the possession of territories using a wide variety of tactics. 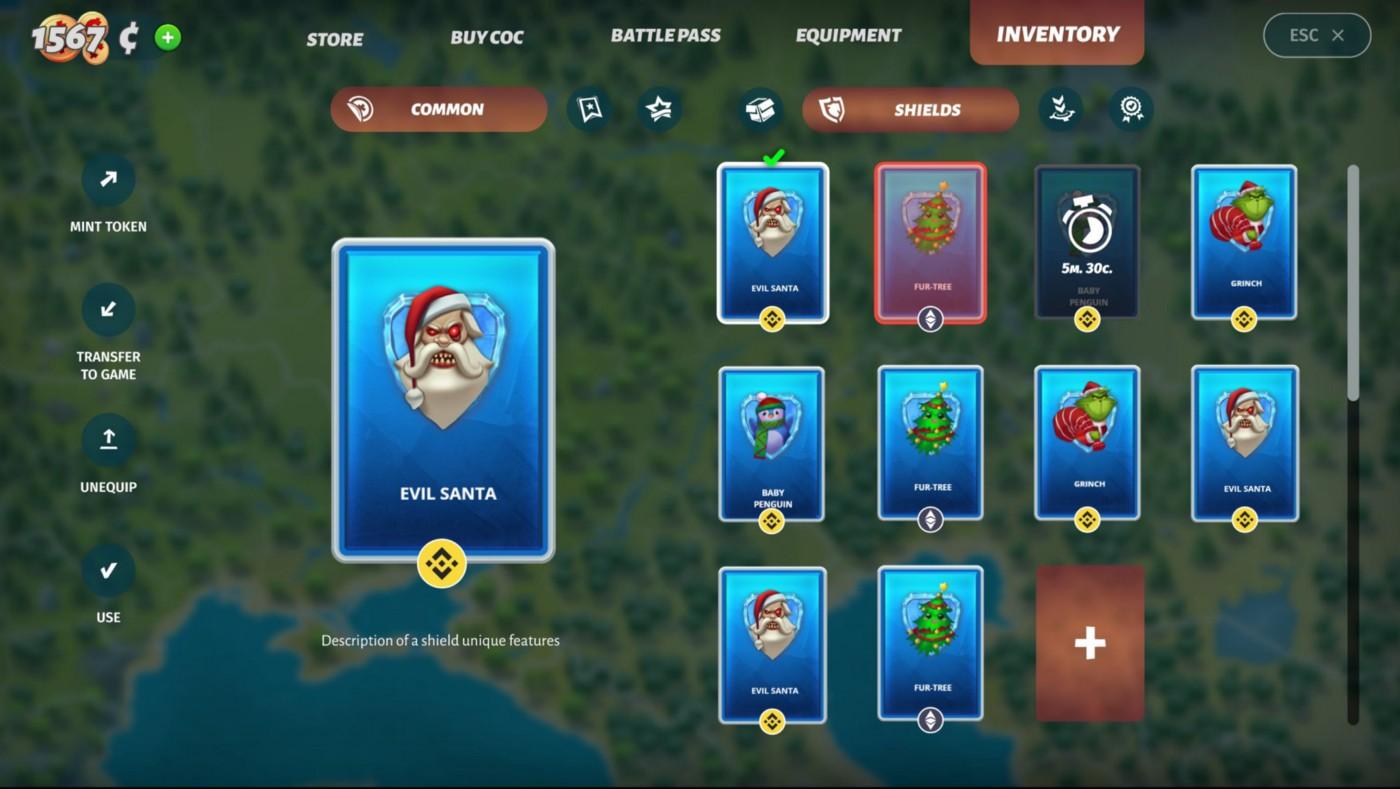 There are several ways to capture territories in-game. Free zones can be occupied in a single click for a certain amount of in-game currency, or captured using attack towers located on the player’s territory. Defensive towers ensure the protection of the conquered territories. The towers can be built and destroyed, and each of them has a specific cost and set of properties.

Captured territories yield a certain amount of income. In addition, funds can be rewarded for completing quests, by levelling up and by participating in various in-game events. Income is generated by daily rewards and periodic airdrops. During the game, users can upgrade various skills that influence their tactics.

The in-game store allows users to purchase various types of goods for coins, including experience boosters, temporary premium statuses, avatars and NFT combat animations. Users can also fill up their coin supply from their crypto wallets or by using fiat funds through the MoonPay service – OneWayBlock’s financial partner.

Registration of new players in Clash of Coins is straightforward and does not require in-depth knowledge of blockchain technologies. As part of the onboarding process, users select a nickname, join one of the existing clans (optional), and connect an existing crypto wallet. In-game clans are named after real cryptocurrencies and blockchain projects. Three types of wallets are currently supported, including Magic (the game’s internal wallet), Trust Wallet, or MetaMask. The wallets serve as repositories of in-game resources and save the players’ progress. 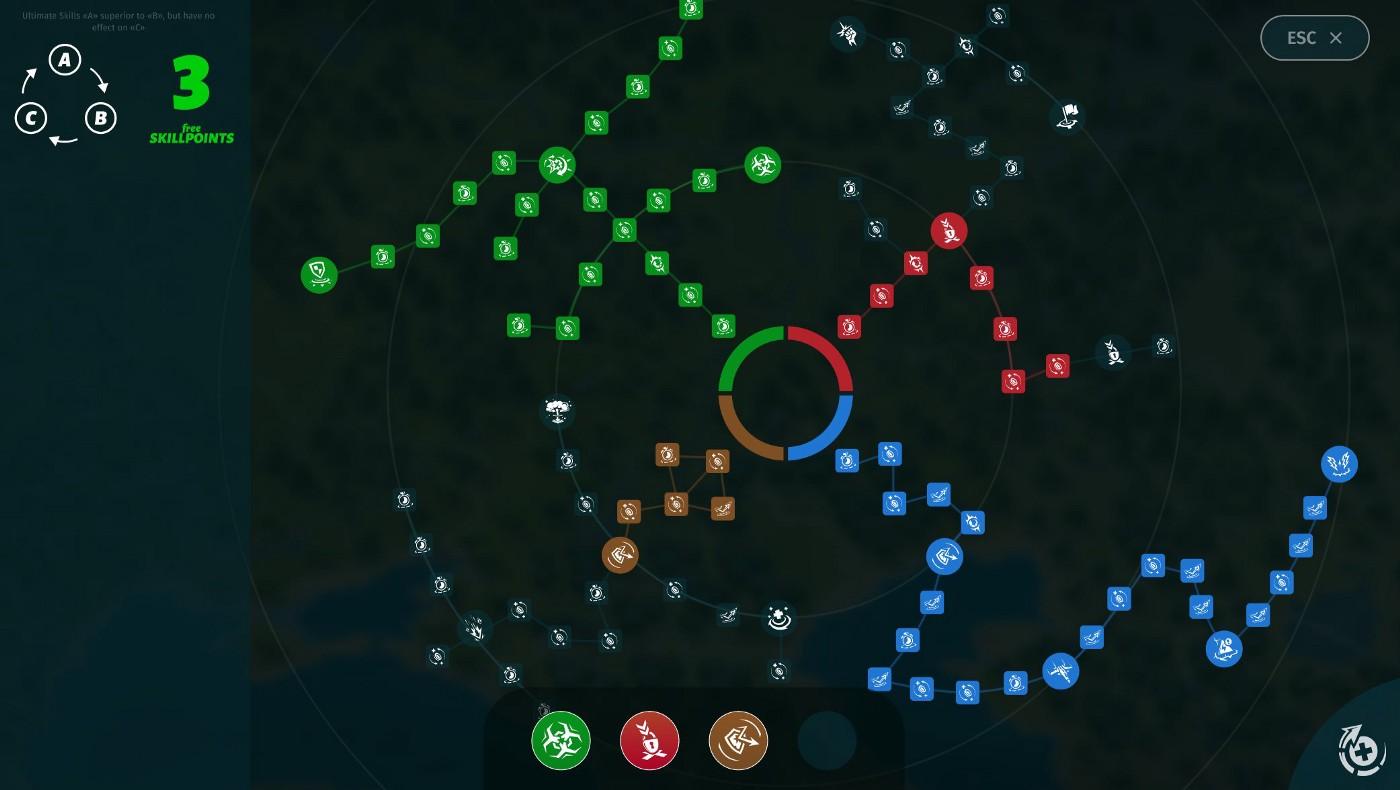 The developers from OneWayBlock expect to release Clash of Coins next year as a fully-fledged client application for PC, further expanding the project's audience. The creators of the game see the implementation of the plug2play approach as their global goal, which opens access to blockchain games even for users who are completely unfamiliar with the decentralised industry. The development team is confident that such an approach will significantly increase the penetration of decentralised applications in the near future among the rapidly growing audience of gamers, which currently does not exceed 3% of total gamer numbers worldwide.