The Bitcoin rate overcame the psychological mark of $10,000 for the first time since winter.

A sharp rise in the BTC rate occurred yesterday at about 23:00 UTC, in a matter of minutes the price of the cryptocurrency raised by $500, along with a significant increase in trading volumes. During this time, orders worth more than 120 million US dollars were liquidated on one of the largest crypto exchanges - BitMEX. 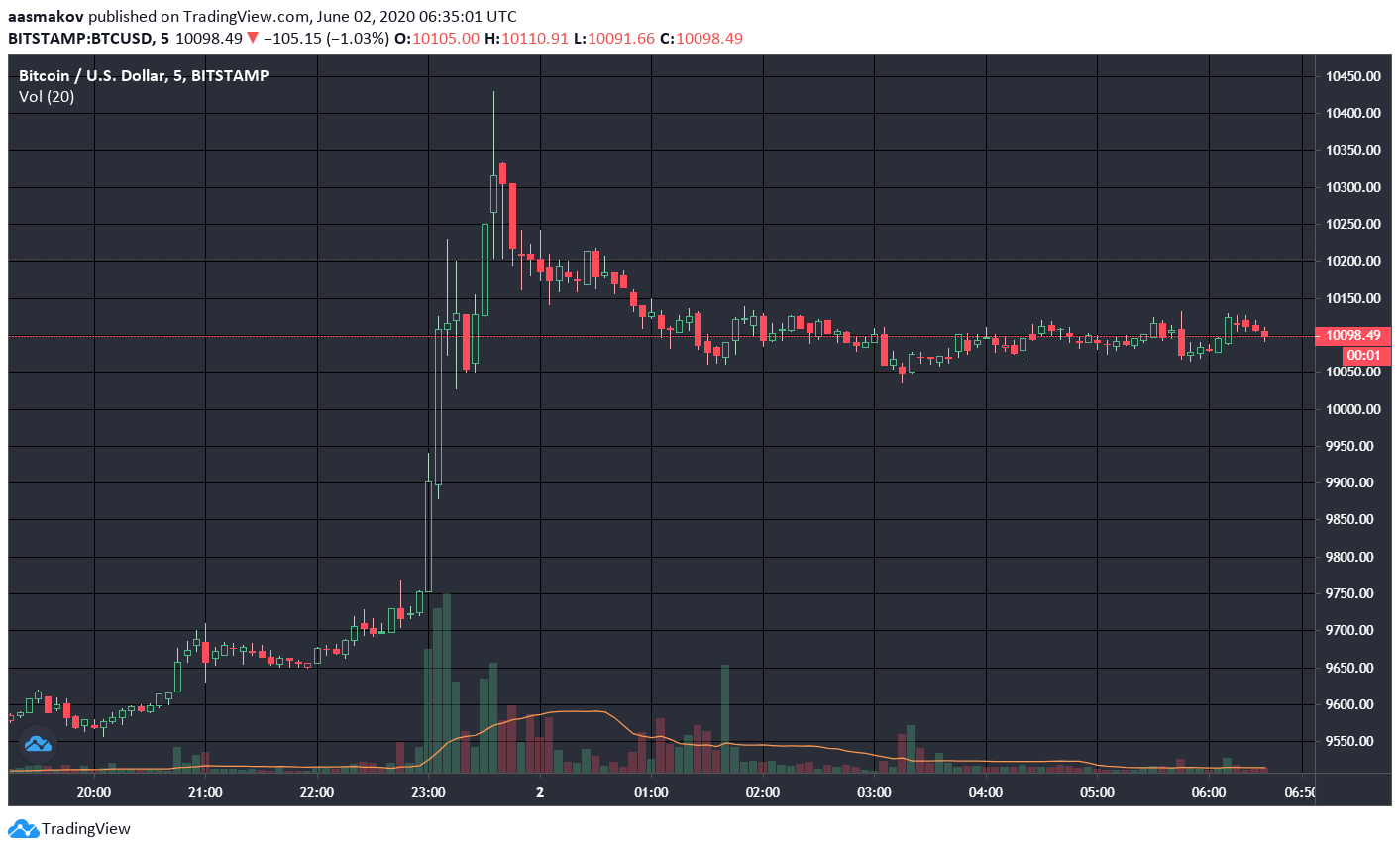 As usual, such a major breakthrough was followed by a rollback, and as of the time this writing, the BTC rate is $9443.

Many experts believe that continued Bitcoin rate growth is possible only if the price is kept above $10,000.

Read more: John McAfee: What Idiot Could Believe Such Nonsense? Bitcoin Grows Along With Hash Rate. Bitcoin Has Peaked Since 2017