Bitcoin Grows Along With Hash Rate

Today, Friday, May 29, the Bitcoin rate showed a pretty good leap up: in a moment BTC even reached a fairly powerful resistance level of $9500.

Fall and growth in the last 24 hours

The volatility of 5%-7% per day can hardly impress anyone in the cryptocurrency market. As we can see on the chart, last Sunday, May 24, the rate of the first cryptocurrency fell below the trend line, but then quickly recovered. 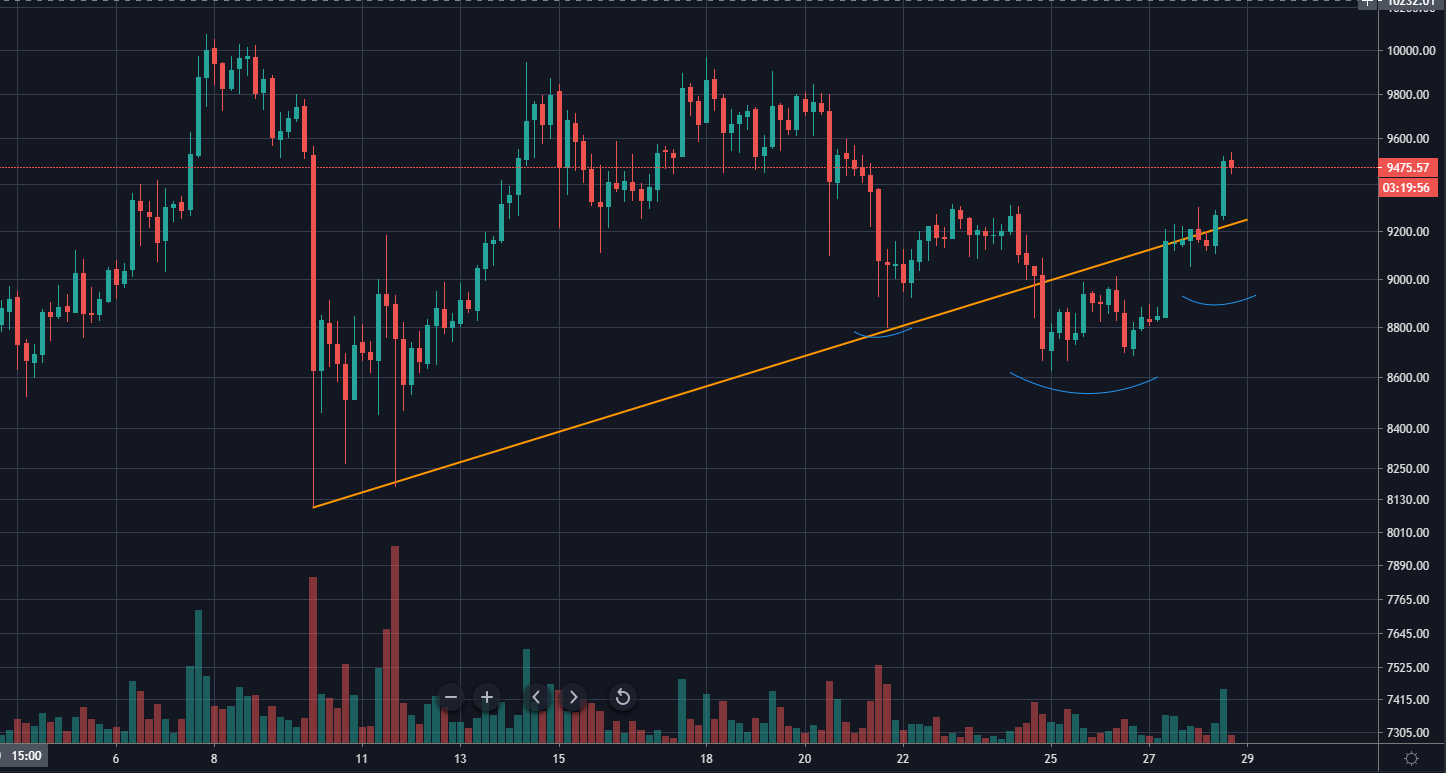 Four-hour chart of BTC/USD on Bitstamp from TradingView.

Also, we can see the formation of the “inverted head and shoulders” figure on the chart, which, as a rule, means a bullish signal after the price drops. The left shoulder is slightly lower than the right - this means the bulls mean business.

From the information provided by analytical agency BitInfoCharts, the hash rate has increased by 17.08% over the past 24 hours and at the time of writing it reaches 107.295 EH/s. This factor also helped Bitcoin recover.

Read more: Bitcoin Has Peaked Since 2017. The Last Block Before Halving Contained An Important Message. Right After The Halving, Users Withdrew More Than $230 Million From BTC Exchanges