Yesterday, May 21, another sharp movement occurred on the cryptocurrency market, this time downwards. The rate of the first cryptocurrency fell to $8800, following by a slight rebound, as of this writing, the BTC rate reached $9050. 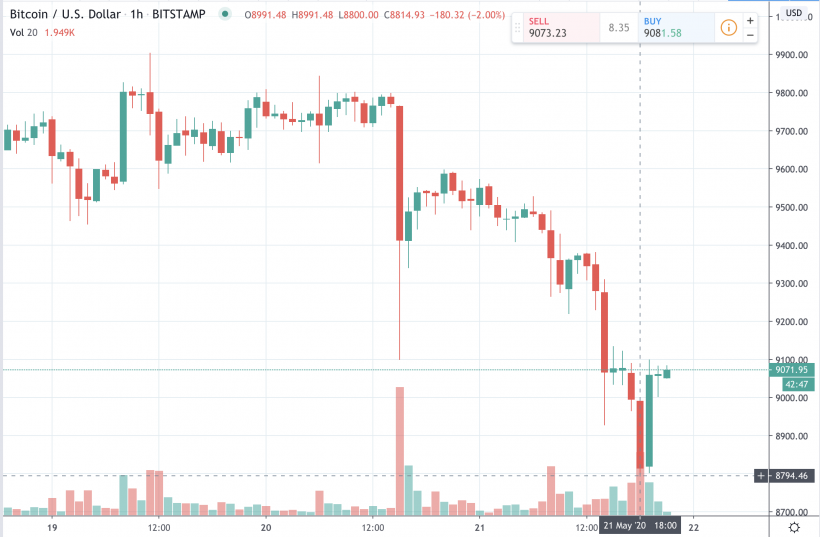 Besides, the size of the mempool in the Bitcoin network significantly increased, that is, the total number of unconfirmed transactions grew. For a short period of time, it approached the historical maximum, recorded in early January 2018. 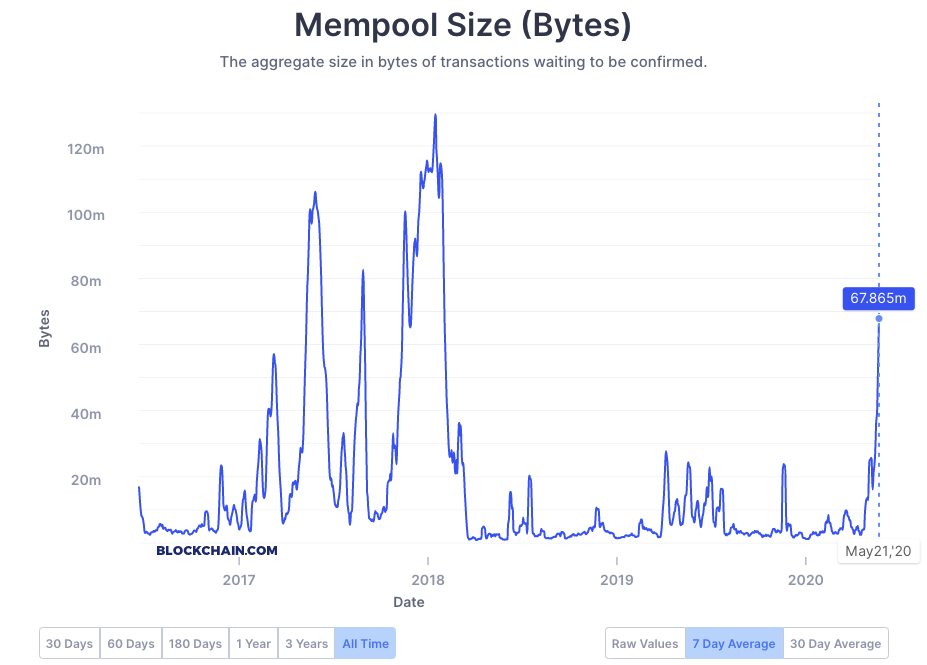 Against this background, the size of the fee has grown to $6.6.

The current processes in the BTC network are connected with a recent halving.

Recall, on May 11, 2020, the third halving occurred in the Bitcoin network - rewards decreased from 12.5 to 6.25 BTC. This led to a recalculation of complexity, a decrease in the hashrate, and an increase in the cost of the mined coin.