A sharp leap in crypto rates favorably affected trading volume, causing an increase in the number of unconfirmed transactions in the mempool, which exceeded 75 thousand.

Previously such values were recorded in June 2019, when Bitcoin`s rate was actively growing, coming close to $13,000. As of press time, the total data size in the mempool has exceeded 76 MB. 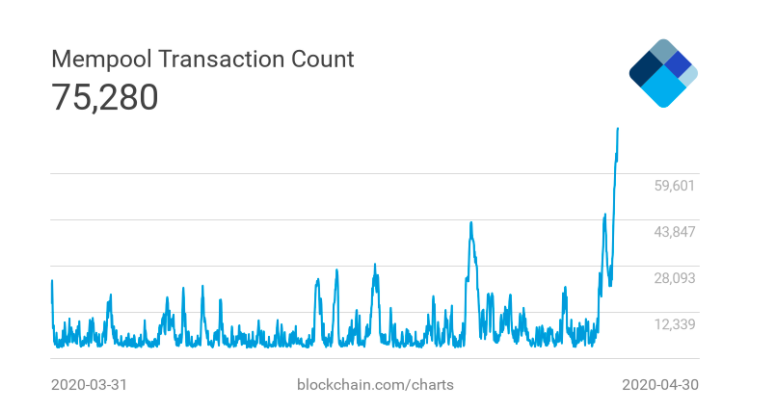 Also, we can see a slight increase in fees for confirming transactions, now their size has risen to $1.25. But note, that this is significantly less than in June 2019, then the miners’ fee was about $6.5.

Recall that yesterday there was a great rise in bitcoin`s rate, at the moment it reached $9500, followed by a slight correction. As of press time, one BTC costs $8739.