In April 2020, the miners of the first cryptocurrency earned as much as 412.5 million US dollars, which exceeds the March figures by 8%. The Block analyst Larry Cermak shared his calculations. 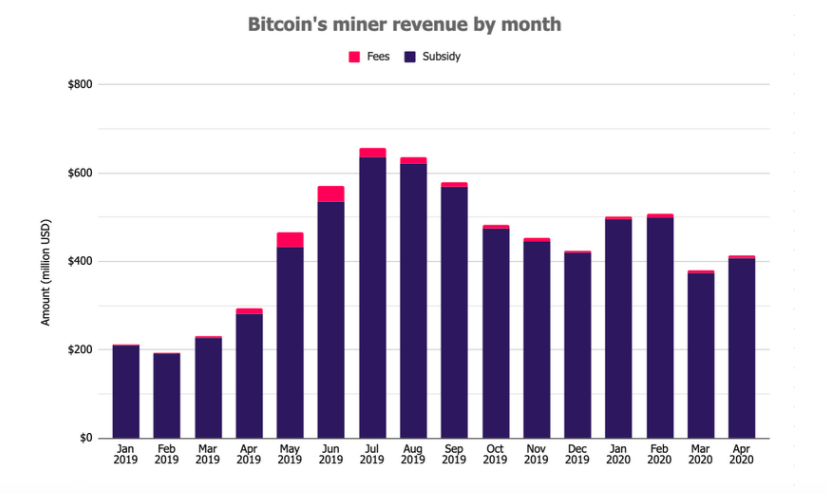 He proceeded from the fact that entrepreneurs immediately sold out all the coins mined, and he used the average daily rate. 98.5% of the miners' revenue came from the network’s rewards for searching for new blocks, while the fees for confirmed transactions brought them only 1.5% of the revenue.

Recall that very soon on May 12, 2020, the Bitcoin network will get through the third halving, and the reward of miners will be reduced by half and amount to only 6.25 BTC.