Analyst: Last Weekend Was One Of Worst For Bitcoin Rate Since 2017

Last weekend turned out to be bad for bitcoin and the cryptocurrency market as a whole, to put it mildly. The first cryptocurrency exchange rate fell by almost $2000 per day right before halving. This weekend was the sixth-largest drop in three years. 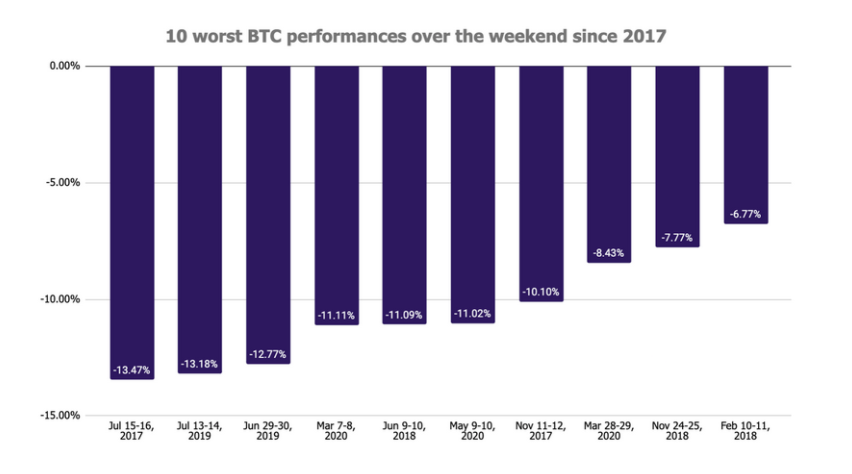 The BTC rate dropped by 11.02% during the weekend.

The analyst decided to compare the price chart of the most liquid BTC/USD pair on the largest cryptocurrency exchanges (Bitfinex, Coinbase, Bitstamp, and Kraken). The charts of different sites moved almost synchronously during fall for 15%, but they dispersed at the end, as well as after the rebound. 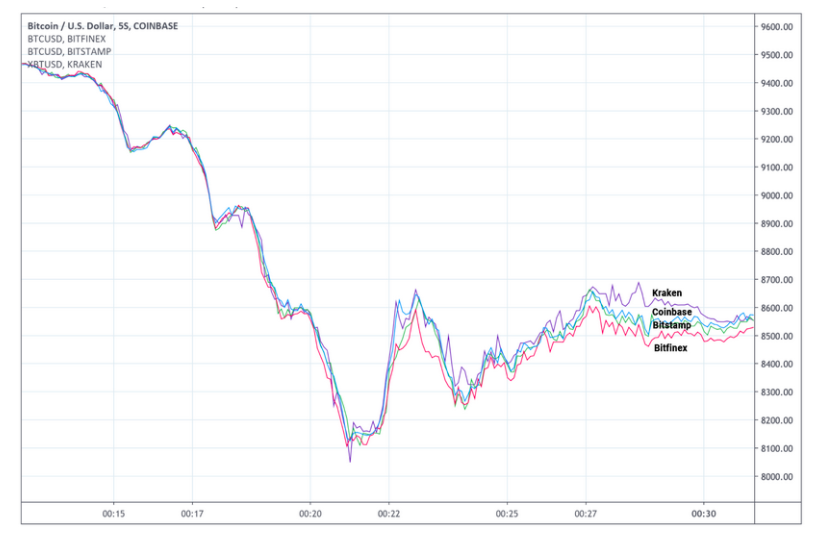 Quotes on the Bitfinex were slightly ahead, which meant the start for the dump. The largest trading volume was shown at Bitfinex and Coinbase.