Cardano VS Ethereum: 5 Things To Know

You may find that Ethereum and Cardano are compared to one and other because their networks provide similar offerings. You can use both Cardano (ADA) and Ethereum (ETH) blockchains for similar features, including building programs (decentralized applications) and running custom programming logic (smart contracts).

However, there are some key differences between both solutions, especially in terms of their philosophies and how they approach their design. With that being said, in this blog post, we are going to take a look at five of the key things you need to know when comparing Ethereum and Cardano. 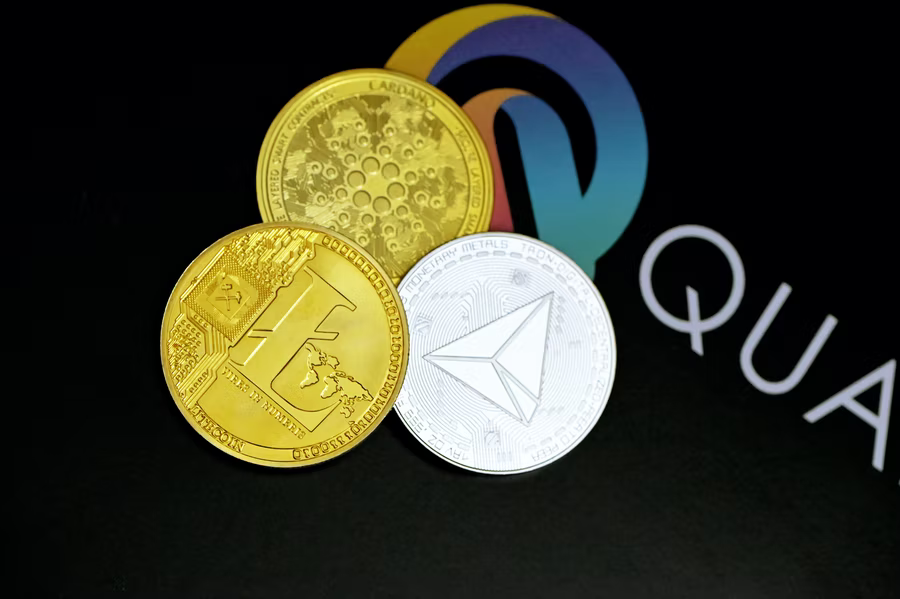 1. The vision behind Cardano and Ethereum

We’re going to start off by taking a look at the reason why both platforms were set up and what their ultimate goals are.

The primary use case for Cardano is to enable transactions in ADA, which is its native cryptocurrency. You can actually buy Cardano in Canada and other countries online today. The other main use for Cardano is to allow developers to create secure, decentralized applications.

Nevertheless, where Cardano is different from other blockchain projects is the fact that a research-driven stance to design is very much emphasized, aiming to obtain an academic rigor it believes will take the adoption of its technology to new heights.

While new-ground breaking features may not be promised with Cardano, developers and users could find it to be appealing due to optimizations based on formal verification and scientific research. In terms of verification, a procedure is used whereby a code is mathematically verified.

In addition to this, there have been five major platform updates to Cardano since 2017. One of the most significant was the introduction of Byron, which meant ADA cryptocurrency could be transferred for the first time. Voltaire was another important update, which brought about a new model for how users could fund development for software amendments. 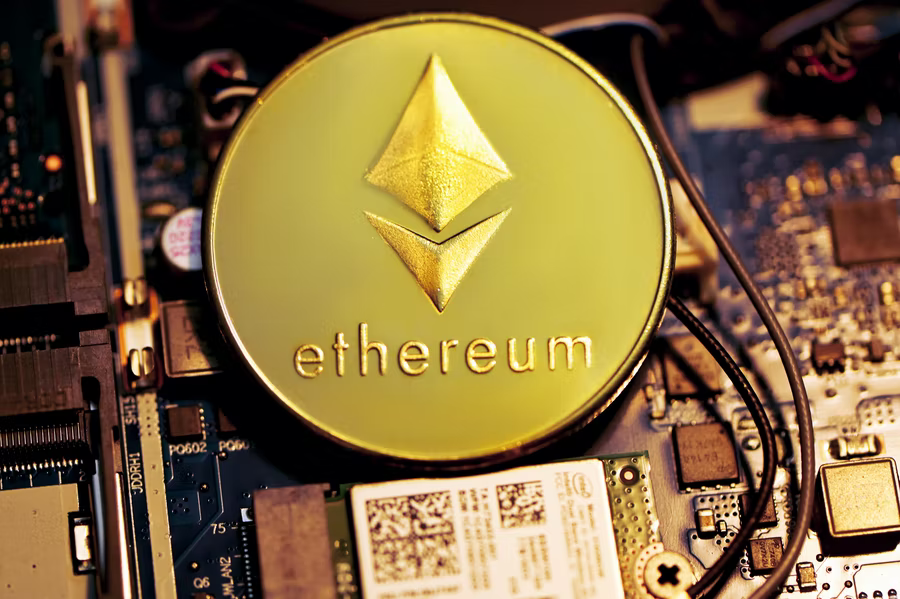 So, what about Ethereum? This platform was created with the aim of becoming a worldwide, open-source platform for custom assets and other types of economic applications.

Ethereum makes the most of blockchain technology to decentralize services and products in a broad range of use cases that extend beyond money. Because of this, it is deemed one of the most ambitious blockchain projects we have seen so far.

There have been a number of distinct phases that have emphasized various elements of Ethereum’s capabilities so far.

We first saw entrepreneurs flock to Ethereum back in 2017 when the famous “ICO boom” happen, with creators attempting to generate money for new projects by utilizing assets on the Ethereum blockchain. Throughout this period, Ethereum was viewed as something of a funding mechanism and capital allocator.

In 2020, we saw a new phase of Ethereum starting to gather attention and momentum, and of course, we’re referring to decentralized finance (DeFi). This movement resulted in decentralized applications (dapps) being created with the intention of automating financial services, such as borrowing and lending, without the need for an intermediary or conventional bank.

The smart contract is the most significant innovation that Ethereum has brought to the table. If you have not heard of smart contracts before, they enable developers to create decentralized applications. They have encouraged the boom of the decentralized financial trend and revolutionized FinTech.

In smart contracts, the Ethereum blockchain is definitely the worldwide leader. Nevertheless, it is important to point out that it is not the only platform out there offering smart contract support.

Cardano has a vision that any person will be able to use Cardano smart contracts to make their own decentralized applications. At present, should you want to generate a smart contract, you will need to hire a developer who understands certain programming languages and code with them. For example, Haskell is used on Cardano at present, and Solidity on Ethereum.

Now, we’re going to dig a little bit deeper into the mechanics behind each platform. You can split the Cardano blockchain into two layers. There is a layer that supports smart contracts and a layer for processing ADA.

This dual-layer system means Cardano does have an edge over Ethereum. This is because Ethereum handles both Ether transactions and smart contracts on the same layer, which means high fees and network congestion can often be issues.

It is important to remember that the price of transactions on Ethereum is related to Ether’s value. Not only is Ethereum the second most valuable cryptocurrency in the world at the moment, but people also trade it in high volumes, which can easily cause congestion on the network.

Another benefit of the dual-layer system that Cardano implements is that both layers can be independently upgraded without the transactions on the other layer being slowed down.

In terms of scalability, Cardano also holds an edge in this regard. This is the case even if you account for Ethereum 2.0, which is able to handle 100,000 transactions every second.

The Ouroboros Hydra update from Cardano means that over two million transactions can be processed every second. Cardano dominates transaction capacity figures, so Ethereum has a long way to go in this regard.

In fact, scalability could prove to be quite the issue for Ethereum in the future, as more consumers and companies are going to be using blockchain technology.

Ethereum and Cardano also differ in terms of the consensus mechanisms they use, so it is vital to keep this in mind as well.

This mechanism is known for boosting great levels of security, which is something we will discuss in the final section of this post. Nevertheless, there are considerable concerns in terms of the speed at which transactions can be verified, as well as the level of energy consumption.

Cardano has invented and pioneered the proof-of-stake (PoS) consensus algorithm. This approach is a lot more scalable and energy-efficient. It is also a lot quicker when compared with the PoW mechanism that Ethereum currently uses.

Ethereum has acknowledged this deficiency, though, and it is going to move to the proof-of-stake system. Therefore, there will not be any differences between the two platforms in this regard in the future.

We are going to finish off this comparison piece by taking a look at both the market cap and the security of both solutions. In terms of market cap, Ethereum definitely leads the way, as it dominates the DeFi and dApp development sectors.

Ethereum is also the central blockchain platform in terms of driving NFT sales and development. The market cap at the moment is 442 billion dollars, which is significantly higher than the 45 billion dollars for Cardano.

Nevertheless, it is worth pointing out that there is heavy investment being made by Cardano in terms of developing parts of the world, i.e. South Asia and Africa. Cardano is focusing on areas with low dApp and DeFi adoption so that it can organically grow its network.

Of course, when you are deciding between both opinions, security is something you need to take very seriously. As Cardano focuses on peer review, you can argue that it is more secure. On the flip side, Ethereum can innovate quicker due to its philosophy of fast releases.

The ecosystem on Ethereum is filled with quick upgrades. On the flip side, every upgrade made to Cardano must be peer-reviewed thoroughly prior to production and deployment.

It is a lot easier to audit Cardano’s code, though. It is also more accessible to a wide academic audience. The reason for this is that the programming language used by Cardano - Haskell - is a lot more widely utilized when compared with Solidity, which is Ethereum’s programming language.

Final words on Cardano vs Ethereum

So there you have it: everything you need to know about the key differences between Cardano and Ethereum. Both are fantastic platforms in their own right, and there is no right or wrong option when selecting between both.

Instead, it is about figuring out your needs and goals, and choosing a platform that best aligns with those. We hope that the information we have provided you with above will help you to do exactly that.

CoinShark is not responsible for any content, accuracy, quality, advertising, products or other content posted on the site. The review is for informational purposes, reflects only the opinion of the author and is not a proposal for action. The financial market is dangerous and full of risks, investments in cryptocurrencies can lead to losses. Users should do their own research before taking any action.