From the information provided by BTC.com, we can see that more than 52% of the entire hashrate of the Bitcoin network belongs to three Chinese mining pools. 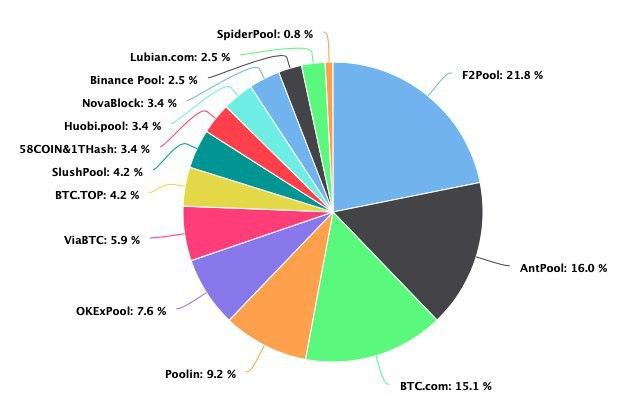 The most computing power falls on only three pools:

Note that AntPool and BTC.com are owned by the world's largest network equipment manufacturer Bitmain, which controls 31.1% of the entire Bitcoin network. In other words, only two Chinese companies own 52.9% of the network’s capacity.

This endangers the key feature of Bitcoin - decentralization - if the two companies join forces, they can easily make attack 51%.

Earlier, we wrote that the authorities of one of the Chinese provinces are going to help miners. And the income of Bitcoin miners in April reached $ 412 million.